In accordance with the Act on Prevention of Transfer of Criminal Proceeds as well as the relevant Cabinet Order and Ministerial Ordinance and other regulations (hereinafter referred to as "laws and regulations"), we request our customers to make a report of their status if they are current or former foreign PEPs (politically exposed persons) or family members thereof(*2), when they open accounts or conduct transactions with our bank.(*3)

If you fall within either of these categories (have any status indicated in the dotted-line box below), please call our Customer Center to report your status. We appreciate your understanding and cooperation. 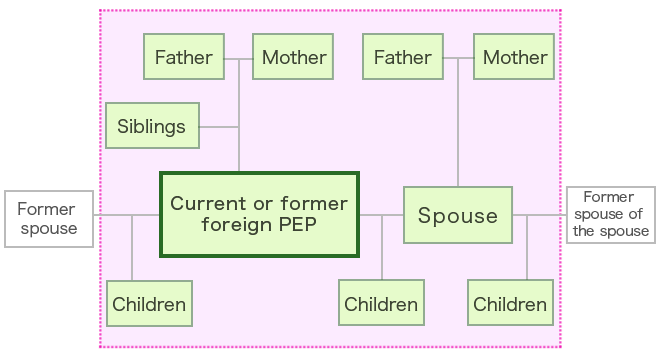 * Including the spouse in common-law marriage.

Specified transactions as prescribed by laws and regulations, such as opening accounts, converting ordinary cash cards to cash cards with debit card service, and applying for loan services.